There’s something very fun and amusing about an object masquerading like something else. It’s rather quirky and unique, making them quite appealing. This is the case with the Hofner 500/1 Violin Bass which is fashioned after a different stringed instrument, the violin. It’s also referred to as the violin bass, ‘Beatle bass’, or ‘cavern bass’.

With its looks and heritage, it wouldn’t be surprising if you’ll find yourself interested in this particular stringed instrument. To help you get to know it better and whether it’s worth a purchase, read our Hofner violin review below. 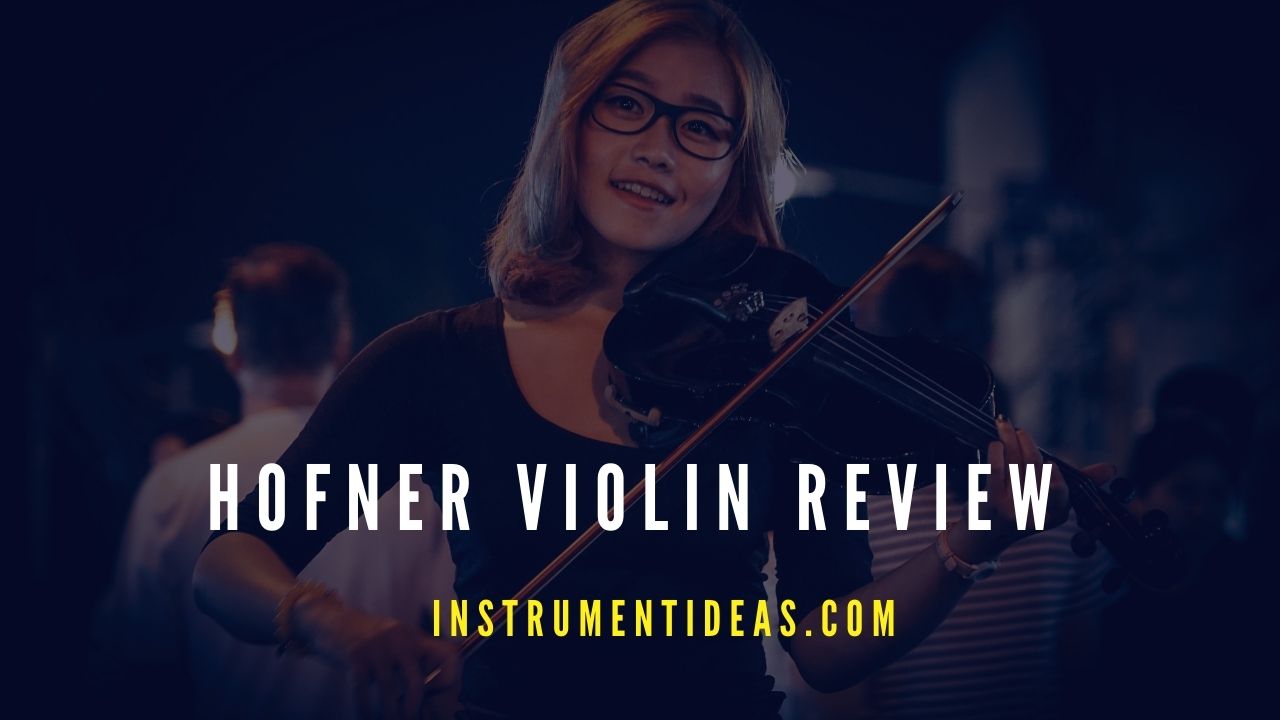 Lots of string instruments have very distinct looks. Such a feature has a large contribution to the most iconic ones as their unique appearance helps set them apart from others. This is the case with the Hofner 500/1 as the way it’s fashioned after a violin allows it to stand out from the crowd.

Of course, it also helped that Paul McCartney of The Beatles famously used this specific electric bass during the heyday of the band in the 1960s, further giving it great renown. But in reality, it’s not just the fact that it was one of the top picks of a famous rockstar that shot this electric bass guitar to fame. It’s build and features are also very appealing to bass players, so it’s easy to see why it’s a big hit.

Aside from its design, its build also makes the Hofner violin bass quite interesting. While it doesn’t have soundholes, it’s still classified as a hollow-body instrument, referred to as a ‘semi-hollow bass’. And while it’s an electric bass, it’s built in the traditional way, similar to an acoustic guitar. It also comes with an adjustable ebony bridge, a distinctive control layout with two rotary knobs and three sliding knobs.

Since its introduction in 1956, there have been several iterations of the Hofner 500/1. The earlier models called the ‘Cavern basses’ after the Cavern Club where McCartney used this particular model, have pickups closely placed together. Newer ones have the more conventional bridge/neck pickup placement.

The Hofner violin is not alone in the violin bass guitar department. There are actually quite a number of other guitar manufacturers that offered their own violin basses over the years. Some consider them as imitations of the Hofner brand’s, especially since most of them are way more affordable.

Get to Know the Hofner Brand

The Karl Höfner GmbH & Co. KG, simply referred to by many as the Hofner brand, is one of the most famous names in the stringed instrument industry. They have been creating musical instruments since 1887. They have skyrocketed to fame when The Beatles’ Paul McCartney used their violin bass guitar.

Since Hofner is from Germany, quality can be expected. The country’s reputation when it comes to manufacturing and the long legacy of the brand as a stringed instrument manufacturer guarantee fantastic products that are hard to rival.

Hofner Violin Review: Just How Amazing is This Instrument?

There are several things that make the Hofner violin bass the icon that it is today. Let’s start off with its tone. It was crafted to have a similar sound to the traditional double bass. So even as a semi-acoustic bass guitar, it has a very rich tone. Lots of bassists were attracted by its sound, making it a popular choice right from its release in 1956.

Then, there’s its appearance. Unlike other electric guitars that have specific cut-away designs that will better emphasize the dominant hand of the player, its violin design features a more symmetrical look. This made McCartney choose this bass guitar as its shape will not make it look awkward to be played left-handed. This particular model, however, is left-handed, so lefties who want to use it don’t have to worry like McCartney did back in the day.

Another detail many Hofner violin reviews point out about this product is its small size and light weight. It’s one of the lightest and smallest bass guitars ever designed so it’s certainly a great option for musicians who are always on the go. Since it has a full flat sound, there’s no compromise needed with this particular product.

With these said, it can also be expected that this guitar is pretty easy to handle and play. Being light makes it easy to wield, allowing for freedom of movement.

Of course, it should also be mentioned that it creates a good sound like the best violin for professionals. It doesn’t have the widest tonal range there are subtle changes that you can play around with. Lots of which were used by McCartney himself, so if you’re going for the same sound or if you’re in a Beatles cover band, this would be the perfect choice for you.

But since this is an iteration of the famous violin bass, expect a few differences from the models McCartney had. This one is also more affordable so the materials will be different. It doesn’t sacrifice the playability and sound, however, so those expecting that it’s only useful for display will be pleasantly surprised that they can get a lot of play out of it.

To be fair, a Hofner violin review feels unnecessary anymore with the popularity of the trailblazing violin bass guitar. However, if you’re still on the fence about getting it as there are already tons of other options available, we hope this quick writeup helps you out. Still, confuse? Check our top violin reviews and get what you are looking for?