As intimidating as a cello can be, it’s also very interesting. Even those who are not familiar with this bowed instrument are impressed and awed by it. Its air of elegance, especially with its close association with classical music, may have a lot to do with it. Getting to know it better, especially the details like what clef does cello read, will convince most folks that it’s a remarkable musical instrument.

If you’re one of those who wish to learn more about the cello for one reason or another, this quick guide can give you all the basic information you might need to get acquainted with the violoncello. Lets check from our instrumentideas expert 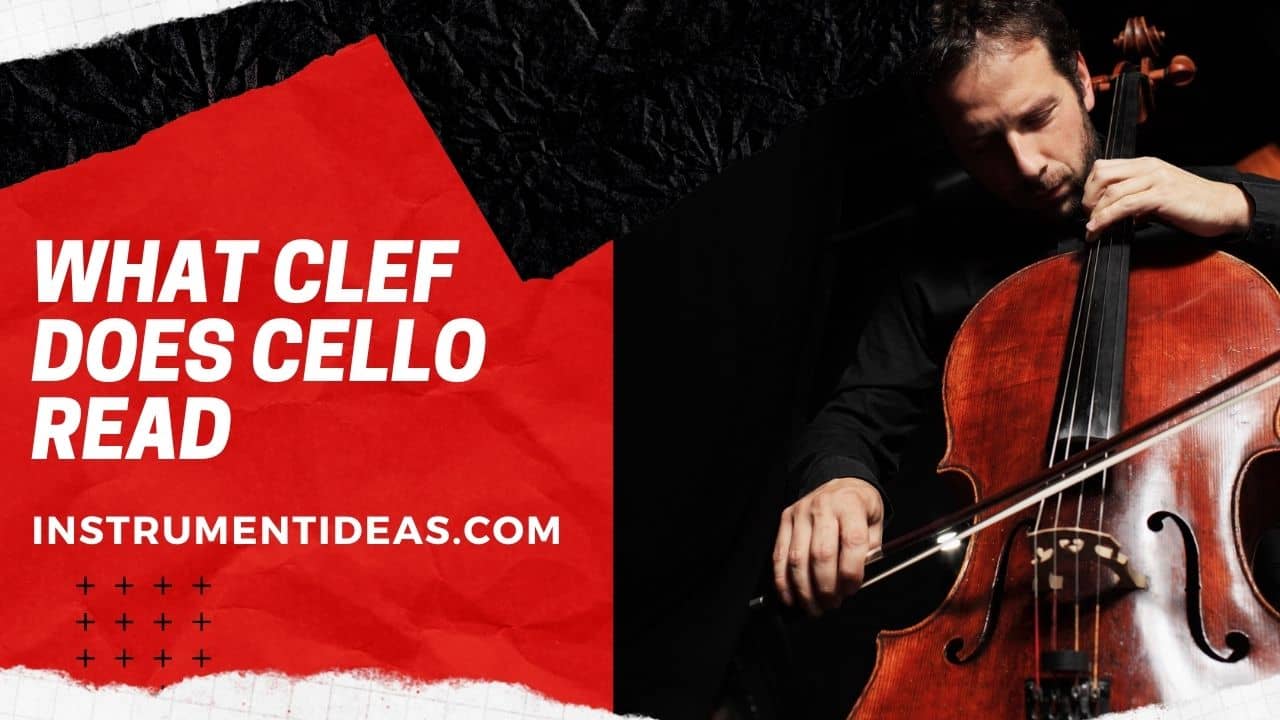 A Quick Introduction to the Cello

The cello got its name from the Italian word ‘violoncello’ which can still be used to refer to this particular bowed instrument nowadays. The name means ‘little violone’, referring to its size as a smaller version of the violone, or a ‘big viola’, which were large string instruments in the violin family. They’re not commonly played nowadays anymore as they went out of fashion in the late 17th century.

Since the name violoncello can be quite confusing with the augmentative suffix “-one” which means big and “cello” which means little in it, it became acceptable to refer it to a shortened moniker, “‘cello”, in the 20th century. After a while, the apostrophe was dropped and now, everyone calls it a cello.

The cello traces its roots back to the 16th century when it was developed to provide reinforcement to the bass line in string ensembles. It took a lot of its features from the bass violin.

This instrument gained a lot of prominence in the 17th century as more and more composers included parts for it in their pieces. It also eventually replaced the bass viola da gamba as a solo instrument around this time period.

The cello has several key characteristics. These are a few of the most important examples:

Equipped with four strings.  The cello notes they’re tuned in are C. G, D, and A unless required to be different by the composer.

It measures roughly twice the size of a violin and has a  proportionally shorter neck and deeper ribs than the said instrument.

It can be played with or without accompaniment. However, it’s considered as an essential part of orchestral music.

It can take different kinds of parts in an orchestral piece. They can play melody and harmony roles depending on the composition.

It’s played in an upright position with an endpin resting on the floor while the cellist cradles its body between their legs as they play while seated.

Cellos can be included in orchestras, ensembles, and quartets that play various genres of music.

The cello is typically made from carved wood like spruce for the top and maple, poplar, or willow for the back and neck. Alternative materials like carbon fiber and aluminum are now also in use to help reduce the weight and make the instrument suitable for outdoor use.

The neck of the cello is proportionally shorter than the violin’s and is also smooth and uninterrupted. There are no frets in it like in a guitar which makes it more challenging to play.

It has a curved fingerboard that matches the curve of the bridge. This design makes it possible to bow the individual strings.

At the top of the instrument is the scroll which houses the pegboard and nuts. These are the very parts that help adjust the pitch of the strings.

The cello has two important internal features: the bass bar and a round wooden soundpost. The bass bar provides support to the top of the cello and distributes the vibrations made by the strings. The soundpost serves as a diaphragm and plays a major role in how the instrument makes a sound.

What Clef Does Cello Read?

The cello range has three main registers that correspond well to clef signs and vocal spectrum. However, the primary answer to the question ‘what clef does cello read?’ is the bass clef. This is because most cello music is written in it.

Orchestral and solo music for this instrument can also be written in tenor clef. The treble clef can also be found in such compositions with parts with notes in very high pitch.

How Versatile is the Cello?

As the answer to the question, “what clef does cello read?” might suggest, the cello can be quite a versatile instrument in various ways. It can handle different parts in an ensemble and orchestra, making it exciting to play. It can also suit different kinds of genres of music, giving musicians a lot of ways to enjoy the instrument.

Is the cello hard to learn?

By appearance alone, the cello can already be quite daunting. Add to this the fact that it’s most commonly seen as a part of an orchestra and it can really give off a vibe that it’s hard to learn.

Despite all of these, it’s an established fact that learning the basics of the cello is not that difficult to do. What makes it truly daunting is the fact that it’s not an instrument that offers instant gratification. The skills required to produce the right notes and do a scale on it can’t be achieved instantly. Aside from the fingerings, you also need to use the bow properly to create the sound you’re trying to make.

Mastering the cello is the real challenge for many.

Does age matter in learning the cello?

It depends on your goal. If you want your child to start learning the cello so they can pursue it professionally, experts say that you need to start them young, around 6 or 7 years. Most music schools, however, recommend starting at 4 years old so a child will already have enough torso length for the instrument. The latest recommended would be before 11.

If you just want to learn the cello for fun, however, you can do so at any age. Adults should be able to master this instrument with ample practice and determination.

Should you take private lessons to learn the cello?

Nowadays, it’s certainly possible to learn how to play the cello on your own. However, a skilled teacher will certainly help improve your technique and skills. It will also save you time and skip developing bad playing habits.

By going into the details of what clef does cello read and the kinds of music you can play on it, hopefully, you were able to gain more knowledge about this instrument. You might still need to know more in order to convince you to give it a shot but the details discussed above should give you a good chunk of what you need to assess whether or not it’s a good fit for you.