With its versatility, it’s not surprising that a lot of folks are drawn into learning the clarinet. It’s quite a handy musical instrument that doesn’t seem too daunting, making it a great choice for many. If you’re here to get to know it better, you’re definitely in the right place.

Designed to cover the basics of this woodwind instrument, this article will answer questions like what key is clarinet in, what is the clarinet good for, and what’s so special about clarinets among others. Read on to learn more. 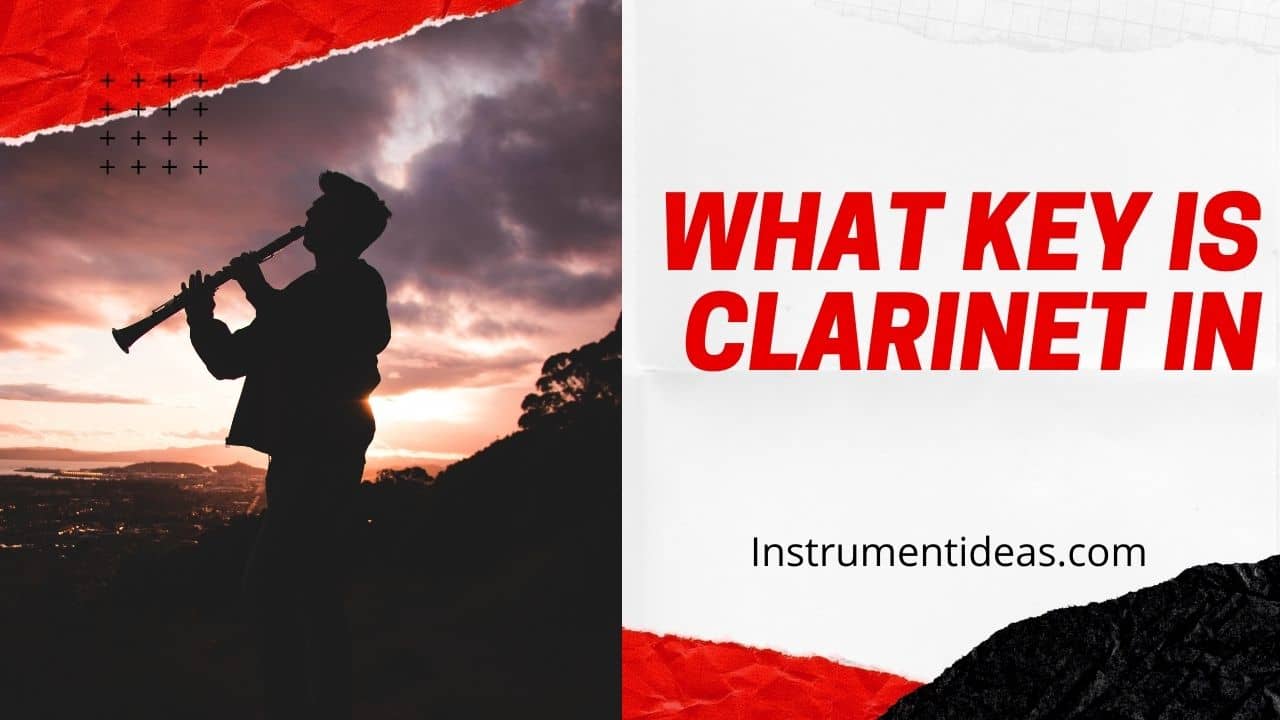 A Brief Introduction to the Clarinet

Firstly, let’s cover the basics first. What is a clarinet, exactly? Classified by the Hornbostel–Sachs system as a single-reeded aerophone with keys, the clarinet is a woodwind instrument and family. There are several kinds of clarinets but all share the same body design: a cylindrical straight tube with keys and holes, a nearly cylindrical bore, a flared bell, and a single-reed mouthpiece.

The biggest charm of this instrument is its large register. In fact, among all kinds of woodwinds, it has the widest range. This gives it the versatility that allows it to take on a solo role or the middle of the woodwind part in orchestras. For woodwind ensembles, however, it often assumes a leading role.

There are several speculations as to how the clarinet got its name. Some think that it’s from the French ‘clarinette’ which is the female noun of the Old French ‘clarin’ or ‘clarion’ or the Provençal term ‘clarin’ which means oboe. Others believe it got its name from trumpets as the aforementioned terms are derived from the old medieval word ‘claro’ which is the term used to refer to the time’s version of trumpets.

Since clarinets were developed to take on the very high parts that were written for trumpets, alterations to the latter became necessary. This is where the development of the clarinet stemmed from so it makes sense that it also got its name from the brass instrument as well.

German composer and music Johann Gottfried Walther also wrote that the clarinet is named as such because it sounds similar to a trumpet. There’s evidence that the moniker has been in use in 1733 but its archaic counterpart ‘clarionet’ appeared in writings from 1784 to the early 20th century.

He did it by adding a register key to the chalumeau, a folk instrument that is also of the single-reed woodwind variety. From there, the clarinet has been continuously refined and tweaked to perform better.

The clarinet may look like a few other woodwind instruments but it has a pretty unique sound in its category. It’s timbre is described to be distinctive, thanks to the shape of its cylindrical bore with different characteristics between its three main registers (chalumeau, clarion, and altissimo).

The tone quality of the clarinet can also greatly vary depending on the clarinetist, the style of the instrument, the music, the reed, the mouthpiece, and even the humidity. The different styles (German and French) also have their own distinctions back in the day. Lately, however, with the help of the internet, more styles are being developed and accepted.

Unlike other woodwind instruments, the clarinet is made not just from wood but with other materials as well. Professional-grade instruments are made from African hardwood, African blackwood (mpingo), or grenadilla. Back in the day, boxwood and Honduran rosewood were also used but supply is now scarce.

Plastic, metal, resin, ivory, and even  hard rubber are also used to make clarinets and are often cheaper options. There are also some that are made from a combination of wood and carbon fiber.

Since the clarinet is a single-reeded instrument, it uses a reed in order to create a sound. These are often made with the Arundo donax cane but can also be manufactured using other synthetic materials.

Like with other reed instruments, players often need to make their own reed or tweak the commercially available ones to better fit their playing style and needs. Cane blanks are easily available for this purpose.

The parts and components of clarinets vary depending on the system they adhere to. However, in general, modern clarinets are composed of five parts: a mouthpiece, barrel, lower and upper joints, and the barrel. They tend to vary in the measurements of the different parts, arrangement of keys and holes, and a few other details.

What Key is Clarinet In?

The answer to the question, ‘what key is clarinet in?’ is certainly interesting. As a musical instrument family, the clarinet is available in different keys. This is one of its key characteristics, providing more options to choose from for those who wish to give this woodwind a try.

The most common is the B♭ which are considered to be the standard and are also known as the soprano clarinet. This is the particular type referred to if there are no other qualifiers in the term used.

The A clarinet is another popular option and is also referred to as the soprano or harmony clarinet. It’s an essential part of an orchestra but clarinet music for solo pieces and chamber music works have also been composed but not for woodwind ensembles. It’s sound is often described as somber with gentle tonal quality.

A tricky variety to get is the E♭ clarinet because it has a high pitch that is about a fourth higher than the standard. As a result, it’s challenging to hit high clarinet notes with this kind of instrument. It has a bright, sharp sound, however, and is often played for dramatic solo pieces and as part of ensembles and orchestras.

Aside from learning what key is clarinet in, here are other questions that might help you get to know this woodwind better.

What are transposing instruments?

Transposing instruments are musical instruments that are notated in a different key than the concert pitch. Since the clarinet is available in different keys, it’s categorized as one. This means that when you try to play a C on the B♭ clarinet, the note wouldn’t sound like a C.

Why are there transposing instruments?

Why is transposition important for clarinetists?

Is a clarinet mouthpiece a closed end?

Physically, as one would notice, the end of the mouthpiece of a clarinet is not closed. However, it acts as if it’s closed so the instrument is classified as a closed-end cylinder. This is mostly because when air is blown into the clarinet, different air pressures are created. The effect is greatest in the mouthpiece area so it creates an effect that is similar to a closed end.

What are clarinets good for?

Clarinets are good for beginner learners, especially those who have no prior experience in playing any kind of instruments. The basics of this instrument are easy to learn so it can be enjoyable to pick up. The costs are also not as staggering as other more daunting woodwinds.

The answers to the question “what key is clarinet in?” may make the said instrument seem a bit daunting but fret not. Compared to other woodwinds, they’re really not that complicated. Once you get the hang of it, you’ll realize that clarinets are among the friendliest woodwinds that you can pick up even if it doesn’t seem so at first glance.